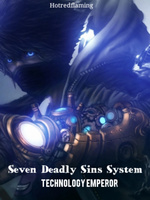 What is Seven Deadly Sins System: Beta to Alpha

Seven Deadly Sins System: Beta to Alpha is a popular web novel written by the author HotRedFlaming, covering SYSTEM, TRAGEDY, ACTION, ADVENTURE, WEAK TO STRONG, KINGDOM-BUILDING, CRAFTING, ISEKAI, PARODY, VIDEO-GAME ELEMENTS, Fantasy genres. It's viewed by 156.3K readers with an average rating of 4.86/5 and 10 reviews. The novel is being serialized to 92 chapters, new chapters will be published in Webnovel with all rights reserved.

The human race was found in the middle of violent wars amongst the powerful races, being the weakest, to survive, they formed a treaty and hid under the protection of the Elves. But they were still oppressed, and humanity had no choice but to become dogs. It was about to end when a certain system emerged. [ Seven Deadly Sins System (Activated) Summoning the Seven Emperors... Locating... Matching Sins... ] Seven ordinary people from earth were summoned to the world of Eldos. They were given a quest to conquer the races that oppressed humanity for hundreds of years. Thus, they have to gain power or an army to finish the quest. After the quest was done, they were then given a task by the system to fight against each other until only one Sin remains. The winner will then be given a reward, which was a wish called as the Will of the Gods. One of them was Chad Julio, a genius son of a billionaire of a tech firm in 2100, but he was often abused by his girlfriend. After they died, they were part of the chosen Seven Emperors. He bore the Envy System and his only goal was to support his girlfriend. But after a sudden twisted turn, his life spiraled downwards. After losing almost everything, his goal changed drastically. Saved by the Envy system, he was given a profound power called the Factory box, to craft the technology from his time to gain strength and conquer the world, saving humanity in the process. Being the weakest Sin, he had to start from scratch in building his army, using his wits and system, thus, his journey on rising to the top begins... some tags: #kingdombuilding #scifivsfantasy #politics Gold wpc winner: Kingdom building. ___________________ Note: I won't recommend this story if you wanted a perfect MC from the start. But he will develop after the twist which you might foresee. The progress to kingdom building might be a bit slow since he's still building foundations. You can skip to volume 2 if you want though, but you will miss some details and character introductions. Also, I wanted to remind the readers that the tone of this book won't be like your typical Japanese isekai novels. The tone would be a combination of both jap and Chinese novels that I've read, with some of my spins on it. So expect a mature MC and darker tone. This is a weak to strong journey, he won't become OP overnight but he will have the means to do so, well he will surely struggle at first. There might be a few edits on the previous chapters. Photo not mine, feel free to contact me if its yours and I will delete it. Buy me a kofi: https://ko-fi.com/hotredflaming