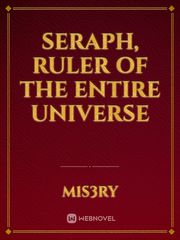 Seraph, Ruler of the Entire Universe

What is Seraph, Ruler of the Entire Universe

Seraph, Ruler of the Entire Universe is a popular web novel written by the author M1s3ry, covering EVIL MAIN CHARACTER, ORGANIZATION BUILDING, Magical Realism genres. It's viewed by 1.8K readers with an average rating of 0/5 and 0 reviews. The novel is being serialized to 1 chapters, new chapters will be published in Webnovel with all rights reserved.

The most feared existence in the Eternal Realm which was known by his brutality and craziness, Seraph, The God of Demons was trying to break through to become a Chaos God but unfortunately, he failed and died which was seen by the people living in the Eternal Realm. The other races who were worried at first celebrated when Seraph died while all the Demons were mournful when their God, the faith of every demon died. After Seraph died, the other races who were at odds on Demons started to create a crazy demon hunt which almost leads to annihilation. Because of that crazy hunt, the demon race fled and scattered away from the Eternal Realm and descended to the lower realms to hide and wait for the right time to come back. But who would have thought that Seraph, in fact, didn't die at all and was currently living peacefully on Earth? "Since I didn't die then I will enjoy this second life and won't madly pursue to reach the peak again." Let's watch Seraph's second life which surpasses the legend he made in his past life as he dominates every existence in the entire universe!