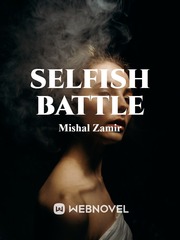 Mariza risket is a shy and socially awkward girl but she's unaware of her inner strong persona which melts for Valz Archer ,she always had a crush on Valz . She tries her best to conceal her feelings due to fear of rejection. Eventually,Mariza gathers some courage and when she's about to unravel her love, she overhears a terribly earth-shattering conversation. From that day she declares that her love will be one-sided and she'll never let anyone see her superfluous love for him. Valz archer Is an arrogant, filthy rich guy with an alpha personality. Girls fall for his attractive face and flawless body instead of his flawed personality. Valz treats everyone with his frosty behavior, he has his own fortified walls and he never lets anyone in......but that was until that coy, skittish girl came who not only fell for his blemished personality but she also thawed his walls.........Life is not always of roses,you also have to face thorns-who knew these thorns will pierce the hearts of 2 lovers.