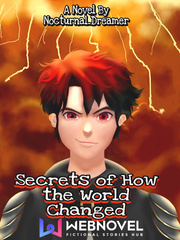 Secrets of How the World Changed

The most powerful being in the world, the World Monarch, overseeing everything in the world like it was in the palm of his hands. But like all great power, a heavy burden came with it. The 10th to succeed grew tired of it all and wanted to lessen the weight he was bearing on his shoulders, to have a more comfortable life, and to have a family. He decided to split the World into Ten Domains and made his loyal Knights become the Domain Monarchs. Each of them became the Monarchs of Nine of the Ten Domains, with him overseeing only the Tenth. He named the domains from the names of the World Monarchs, including himself. After 36 years of peace and prosperity, a Great Catastrophe occurred, causing each Domain's countries to merge into one complete landmass. People who had inhuman abilities started to show up, and creatures of terror pouring out from who knows where—plunging the whole world into utter mayhem. These vile foreign creatures took over the Three of the Ten Domains, while the remaining are barely holding their borders from the monsters. Everyone looked to the man who was once called the "10th World Monarch", the symbol of authority and power, for guidance through their intense hardships. However, he was nowhere to be found. All hope was lost. The protagonist of the story, born after the formation of the Domains, rescued an old man from a dangerous situation that led himself in harm's way. Being in a vegetative state, he was unaware of everything in the outside world, including The Great Catastrophe. Waking up with the world already in ruins, and people adapted to the changes. The game-like mechanics that only Liu Kai can see will help him throughout his adventures to discover the mysteries of how the world evolved. =========================================== Readers! Thank you for reading my story. I am astounded by your support with my work. If you would like for me to continue publishing chapters of this quality, please consider voting with power stones and posting reviews. This will encourage me to move forward and motivate me to write stories that you like. Join our Discord Server using this link (https://discord.gg/vZtfKFx), and you can suggest to the novel to a certain extent that we would allow you. Enjoy our community with your fellow readers with respect. Thank you for everything.