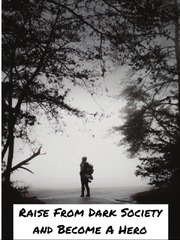 Second life of an Assassin and Become A Hero~

Synopsis: A child was raised to be a professional assassin. That was done by the child to avenge the death of his parents. But he realized that he had been working for the murderer that he was looking for. After he had done various dirty things and killed many people, he eventually realized the fact. Even so, he managed to get his revenge but lost his life as a price. But not the realm of death awaiting him, but a new world. With various complicated situations, various problems will come to our MC. I will make 2 plots, which is when MC in the new world and when our MC goes to school in his previous life. For now, the plot is more about his new world. Author Note : -I apologized for my terrible grammar and any typo. -This is my first time writing a novel. I hope u will kindly give me support like critics and advice to improve the story quality. -I want to put my novel on Novel section not fan-fiction Thank You