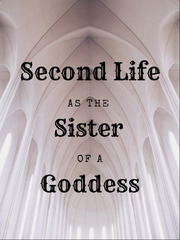 Second Life as the Sister of a Goddess

He had lived a good life. A man who traveled the world, saw the cultures, learned the languages. For a period, he had even discovered a historical preservation of a martial art practiced by the Samuri and Ninja in Japan that caught his interest. He learned it until he had attained a level of mastery worthy to instruct those back in his home in the United States. Before he settled down to become a teacher, he first became a nurse. It was too late to go through the intense schooling to become a doctor, but he had been inspired by the Indian and Chinese traditions of the strong link between the ways of healing and the ways of body mastery that are the core of the martial arts. He settled down and had his family, opened his school, and taught several students. It was a good life, his 60 years. But then, when he had finished the children’s class one day in which his own grandaughter was a student, he decided to take her for icecream. That was when it all went wrong. He was fine after the accident. His grandaughter… was not. In that moment, someone claiming to be a fallen goddess promised him the ability to take the consequences of his mistake entirely onto himself. He would die, his grandaughter would live on in perfect health. In this moment of weakness, he could not possibly refuse. The last thing he knew in his life was that his precious granddaughter had been saved. The first thing he knew in his next life was that he was in the womb, and he was a twin. A twin he would later discover was the very goddess who helped him to save his granddaughter. ---------------------------------------------------------------------------------------------------- This series is also posted on Scribble Hub, which is its original home. This site's version is currently way behind, but I am working to fix that. If you would like to read the rest of the series right now, please check me out over on Scribble Hub. https://www.scribblehub.com/series/16995/second-life-as-the-sister-of-a-goddess/ This series does not use patreon, but is supported on Subscribe Star (one of their competitors) instead. If you would like to support this series, please support there. You can find my page at the link below https://www.subscribestar.com/jemini-s-stories