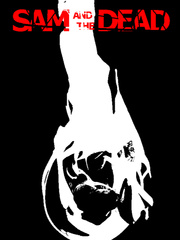 Sam and the Dead

What is Sam and the Dead

Sam and the Dead is a popular web novel written by the author Potatomaster69, covering FANTASY, HORROR, SCI-FI, ALCHEMY, NECROMANCER, NECROPHILIA, Fantasy Romance genres. It's viewed by 3K readers with an average rating of 0/5 and 1 reviews. The novel is being serialized to 17 chapters, new chapters will be published in Webnovel with all rights reserved.

The dead never tired, never ate, never slept, never needed to get paid. They always did what they were told and never complained. They possessed strength several times that of the living. They could work for years, decades. Cadavers that died from old age or disease never lasted long. They made poor returns on their investment. Trouble was, no one wanted to drop dead on their own. ~ Samantha, apprentice necromancer, raised the dead for a living. Finally, after four years of grueling apprenticeship, where she has witnessed many industrial-scale harvests that turned millions into the working dead, Sam was ready to take the test that would make her a full-fledged necromancer. Her sponsor and mentor, Maestro James Cowen, has put before her one final task that would take her into the deepest despair, and whether Sam would emerge with her mind intact was entirely depend on one criteria - the monetary worth of her conscience.