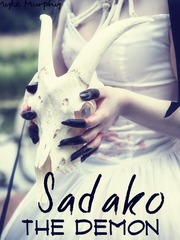 The tale of the life of the daughter of the king. She was cast out of the castle at a young age and forced to work to make ends meet. Sadako one day learned she has the ability to move things with her mind. This poor lonely girl would one day become the powerful demon known as Sadako Gravestone. This story takes place in a world called "Jigoku" which is a world parallel to Earth but invisible unless you cross the spiritual border or "the abyss" as referred to in the main storyline called Welcome To The Afterlife. Inhabitants who live on Jigoku are mostly demons, elves, trolls and monsters. Humans are hated and severally mistreated in this world making it a living hell for Sadako.