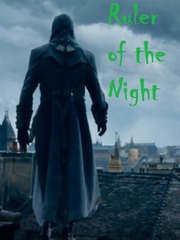 Ruler of the Night

Hong, Hong, honggg!! A young man from earth got into an accident and reincarnated to a cultivation world. Snow Clan, one of the strongest and respected family in the Night Empire have fallen due to the head of the family dying unto the claws of the magical beast. But are the magical beast really the one who killed the family head? Nite Snow the young master of the Snow Clan is the only remaining direct descendant of the family, got beaten to death but the young man from earth occupied his body as he died. "I'll take revenge for you my brother as a payment for me occupying your body, you can rest in peace now." Carrying a mysterious stone, follow Nite as he rise as the Ruler of the Night. ------------------ Update Schedule: 1 chapter per day. Per Week: 7 chapters