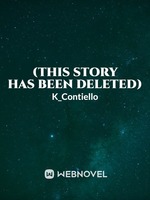 What is Roguelier [On Hold]

Roguelier [On Hold] is a popular web novel written by the author K_Contiello, covering MODERN, FANTASY, FRIENDSHIP, HUMOR, ACTION-ADVENTURE, MAGICAL REALISM, KNIGHTS AND MAGIC, MYTHICAL CREATURES, Fantasy genres. It's viewed by 17.5K readers with an average rating of 0/5 and 0 reviews. The novel is being serialized to 17 chapters, new chapters will be published in Webnovel with all rights reserved.

Legends and traditions have existed amongst various civilizations since ancient times. Even up to this day, the Kingdom of Ciel still conforms to it in a strict manner. Growing up in a family that's been serving the royal family for centuries, Eric, a seventeen-year-old music enthusiast, can tolerate it at best. But when his older brother, Arman, disappeared while on military training, his life becomes a bloody mess. As the second son of Ravengale Clan, he is chosen to be the next Chevalier - a royal knight who will protect their kingdom from the forces of evil. Protect it from what kind of evil exactly? Demons? Monsters? Terrorists? For fuck's sake, it's the 21st century already! Why entrust the safety of an entire kingdom to a mere teenager? To make matters worst, his grandfather has decided to send him to a military boot camp so he can prepare for this lifelong responsibility. There, he has to undergo rigorous training and adhere to rules. He probably has to deal with troubled teens and shitty superiors, too. If Eric is being honest, he finds the whole ordeal daunting and ridiculous. Is there really something out there that would threaten world peace? When Eric attempted to run away, he was faced with the truth and he learned that escaping his predestined duty is not as easy as he thought. However, Eric is a force that can’t be put in shackles. He has other plans in life and he will not let others decide what’s best for him; not his bloodline, not the government, and definitely not fate. Will he succeed? Or will he end up playing the role that was given to him? This is the story of the Rogue Chevalier — a defier of fate. ----- Warning: MC is a conflicted person and has a lot of 'baggage' that we're all going to unpack (and hopefully resolve). If you prefer a kind and lovable MC, this may not be the right story for you. I highly suggest you check something else. Webnovel has a lot to offer. :) Cover Art Disclaimer: I don't own the art used on the cover. Unfortunately, I can't find the artist. I'll remove it if the artist asked me to or until I finish creating my own book cover.

Playboy is my Date