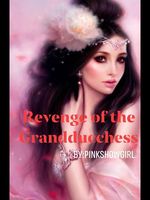 What is Revenge of the Grandducchess

Revenge of the Grandducchess is a popular web novel written by the author Pinkshowgirl, covering ROMANCE, ADVENTURE, R-18, LOVE, WAR, SEX, MURDER, ROYAL, LIES, TRAVEL, Romance genres. It's viewed by 56.8K readers with an average rating of 0/5 and 0 reviews. The novel is being serialized to 51 chapters, new chapters will be published in Webnovel with all rights reserved.

In the early hours of July 17 1918, the leader of the secret police knocked on our doors and told us to dress up then go to the basement. “ Another family portrait” My sister Tatiana said. I knew something wrong was about to happen but Papa was hopeful and ecstatic. “ We are going to be rescued. Our supporters and loyalists are on their way!” He said with a glimmer of relief on his tired and broken face. At the basement, one of the guards held a piece of paper and he read it loud in front of us. None of us saw it coming.. It was an order from the Bolsheviks sentencing us, the Romanov Imperial Family to death by execution at that same moment. Then there were gunshots everywhere... We were being murdered right then and there. More gunshots followed until the loud screams were no more.. And silence followed Their Majesties Tsar Nicholas ll and Tsarina Alexandra Feodorovna, Emperor and Empress of all Russia, died in an instant. They were my Papa and Mama. My sisters, the 3 Grandducchess’ Olga, Tatiana and Anastasia were wounded but still breathing.. And Alexei.. the Tsarevich, heir to the throne, my brother, the future head of the Romanov Dynasty that ruled Russia for almost 500 years.. Long live the Romanovs!