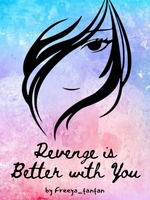 Revenge is Better with You

What is Revenge is Better with You

Revenge is Better with You is a popular web novel written by the author Freeya_fanfan, covering ROMANCE, ACTION, FANTASY, MAGIC, MYSTERY, REVENGE, FICTION, WEAK-STRONG FEMALE PROTAGONIST, TACTIC, Fantasy Romance genres. It's viewed by 12.2K readers with an average rating of 0/5 and 7 reviews. The novel is being serialized to 18 chapters, new chapters will be published in Webnovel with all rights reserved.

What happens if one day your life is turned upside down and you're left alone? Your family is killed and you're stranded in some village without any money. You saw people you know getting killed in front of your eyes without knowing why. Even worse, they are also chasing you wanting you dead. Are you going to turn crazy? Well, maybe I am crazy! I can't accept this! I need to find out who plotted against my family and kill them all! A woman knows how to pay her grudges in tenfold. I can't fight but my brain works just fine! But first I need to gather more information... Speaking of information, I'm trying my best to find clues to my family's killers but there's this shameless guy who won't stop bothering me at the establishment. He always showed up at the most inconvenient times and annoyed me to no end. And he keeps pestering me to accompany him. Well, he is indeed pretty handsome but he doesn't have the information that I wanted. Can't you understand after I declined you down so many times already!? This shameless man is truly looking for hell.