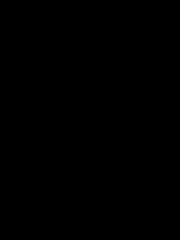 Return of the Seven Sovereigns

What is Return of the Seven Sovereigns

Short Synopsis, full synopsis is put in a chapter. “Four continents.” The Northern Continent, the Eastern Continent, the Southern Continent, and the Western Continent. “...the human kingdom, Cendric...” “The Seven, also known as the Seven Sins, Seven Virtues, Seven Warriors—etc.  They did not originated from the kingdom of Cendric.  However, they had settled in Cendric and helped the kingdom.“ “Humans had known how to use magic, but the Seven—they were definitely on a whole different level.” “They help Cendric fend off many enemies—beasts, monsters, and even vampires, dragons, and demons.“ “How powerful are they?  Why are they helping Cendric if they were so powerful?  Are they working for other races?  What exactly are the seven of them—how are they still so powerful after centuries, are they immortals?  They are definitely not human.“ “In the end, the Seven decided to leave Cendric, whether for good or bad.“ “Of course, news leaked out about the Seven's departure, and the other races came back for war. Although the Seven left, the humans weren't as weak as before, so they can manage fighting against other races.” “The humans had improved and improved.  Soon they had an elite group of 10 talented and powerful warriors that can help protect the kingdom.” “Kingdoms developed, wars were fought, treaties and alliances were made.  The Seven was still no where to be found, ever since they left Cendric, they disappeared.  No one saw them ever again, no race, no creature.“ “Even so, they were not forgotten by any race.” “Now, thousands of years after the Seven's disappearance—no one was able to find them.“ “However, only the journals of kings had any real information about the Seven—their appearance, personalities, some of the powers they used to fight in the wars of the past, and some other small things.“ “There was nothing major in the journals.  It was as if the kings purposely didn't put anything crucial about the seven—or they weren't allowed to.“ “ Nobody expect for the Seven to return after all those centuries...“ “ Following the plot and some cliches, the truth of the Seven will be revealed.” -Excerpts from the Synopsis chapter. * * * Finally got the Synopsis done and posted. Chapters will not be posted until I got things all planned out. I will probably try to stack up chapters for you all and post them all at once so you can have more chapters to read in one go. Hiatus. This series will be paused until I think I can actually post/write one chapter at least once a month.

I Summoned a Skeleton