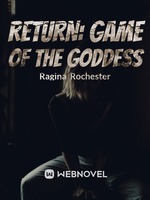 Return: Game of the Goddess

What is Return: Game of the Goddess

Return: Game of the Goddess is a popular web novel written by the author BaiLianQingYu, covering REVENGE, COOL FEMALE LEAD, CONSPIRACIES, Realistic Fiction genres. It's viewed by 5.5K readers with an average rating of 0/5 and 0 reviews. The novel is being serialized to 5 chapters, new chapters will be published in Webnovel with all rights reserved.

Syaoran is a famous wanted criminal who is a professional hacker that has been living under the shadow. And Huang Shi-yun is a daughter of the first wife of the president of Huang corporation living under one roof with her stepmother, her three older brother, an older sister and a naive little brother. But there is a big secret that no one has ever known or guessed of. These two different natured youths are the same girl?! Syaoran led her team to a 'game' that is actually a trap from her old enemy resulting her to an amnesia. Not knowing who her identity really is, Syaoran continued her 'game' with the help of her one-sided diary and day by day reclaiming her title as the 'Online Goddess' once again reappearing in the headlines. But little does she know, on the day she got into an accident, she caught the attention of a man that does things that are more dangerous than her already risky than her already risky occupation.