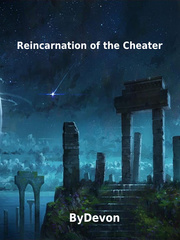 Reincarnation of the Cheater

Bell is a high school student who one day finds that he can cheat at almost anything he could find, a way to cheat would just pop into his head. And so after deciding to test it out, he showed up in the world's first vrmmo, the developers couldn't find out how he was finding all of these cheats despite countless patches and in the end, no matter how many times they banned him he continued to show up with new accounts. This started the legend of one person who can cheat at literally anything. But what would happen if one day he wakes up to a mysterious message on his computer? Author's Notes: This is a rewrite of my novel under the same name. I plan to be rewriting it from the beginning but not everything will change. Release Schedule: 3 chapters a week.