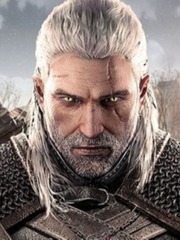 Reincarnated Into The Witcher Universe: Sorc'n It Up, Witcher Style

*****Creative Release***** Troy dies! Troy gets reincarnated! Troy realizes he's in the Witcher Universe! Troy gets wrecked!Troy seeks power! Troy finds power! Troy wrecks shit! Pretty sick ass Synopsis, huh?! Yeah, don't wanna brag or anything but I wrote it all by myself! Comment Deletion Policy: Normally, I don't care what people put in the comments section but apparently there are some trolls who like to simply be contrarian for the sole purpose of wasting other people's time. As such, if I reply to a comment and you don't make an actual argument in response and just spew a bunch of vapid contrarian nonsense, I will add you to my new list of Known Trolls. I will always give an Ultimatum beforehand so you'll know when you're about to be added to the list. The purpose of this list is to provide transparency, since some people apparently like to lie about their comments being deleted by me. If your name isn't on this list and you can't find your comment, I have nothing to do with that. If your name is on this list, then any and every word you try to or have posted on any of my works will be deleted immediately and without consideration. I will also make sure to repost my Ultimatum in the relevant chapter, so that people will see that you had an opportunity to make your case but refused to do so. So far only one name and here's the list. Known Trolls FrightKnight88