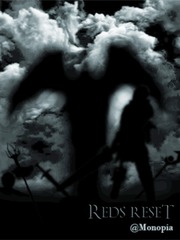 The world was no longer the home of humans alone, Monsters and creatures of all kind forced their way through portals that opened out of nowhere. Death was a common thing as people fought a war they had no chance of winning. Until the discovery of the human potential, something nobody expected. What turned the situation around were the abilities awakened by most of the humans. All they knew is that it must have been related to the portals, it was the only hypothesis that made sense. As they managed to wipe the monsters and abominations out, they started closing the portals. And the only way to do so is by going inside. Years passed and a new society was built. Guilds and clans were formed. The story of our protagonist is a special one. With the system and the mysterious god by his side, He will rise. Follow red as he struggles for power, discovering worlds, forming friendships and enemies.