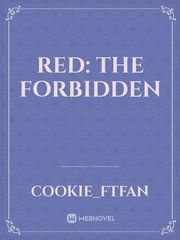 What is Red: The Forbidden

Red: The Forbidden is a popular web novel written by the author Cookie_ftfan, covering ROMANCE, ENEMIES-TO-LOVERS, WAR AND AGGRESSIVE, ROYALTY-LOVE FANTASY, Fantasy Romance genres. It's viewed by 0 readers with an average rating of 0/5 and 0 reviews. The novel is being serialized to 0 chapters, new chapters will be published in Webnovel with all rights reserved.

Like roses A symbol of love and affection To hide the pain that surrounds you Like blood A symbol of violence and suffering A reality that you must face ~~~~~~~~~~~~~~~~~~~~~~~~~~~~~~~ Lily, the young princess of Askeau, has seen her people suffer for too long. It takes the absence of her father for her to decide to go on her own journey to the enemy kingdom to end this war. This determination will end with her possibly getting killed. Liam, the heir of Aykamia, has known nothing other than war. When he found out that his father enslaving the imprisoned Keaun. The thought of people being forced to be less than human made Liam decide to help an enemy stop the war. Even if it means disobeying his father orders he’ll do anything to stop this madness.