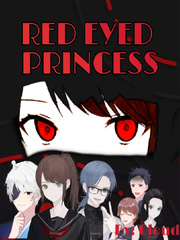 Ki is a powerful spiritual energy that humans have inside their body and used as the medium to control elements, summon familiars, use magic, and weapons. It is used for wars and military strength to fight crimes and terrorism to attain peace for countries.  These powerful users of ki are called Divine Knights in the world called Eden Land. Some Divine Knights use ki for justice while others use it for their own interest or use it for crimes.  Meanwhile, Fujino Shizuka is an ordinary 15 year old girl who lives a peaceful life in Japan here on earth. She lives a simple life before learning the existence of Eden Land.  One day, Divine Knights suddenly appeared before her, claiming that she is one of them and she was tagged as the Red Eye Princess of the great prophecy in Eden Land.  What is the Red Eye Princess? How can an ordinary girl like her be one of them? Will she be able to carry the burden of being a Divine Knight in Eden land so suddenly?  Thus, her adventure towards the new world began.