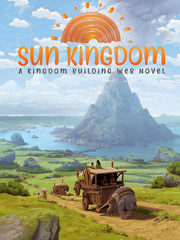 What is Rebuilding the Sun Kingdom!

Rebuilding the Sun Kingdom! is a popular web novel written by the author Pastare, covering KINGDOM BUILDING, FANTASY, COMEDY, ORIGINAL, SHAMELESS, Fantasy genres. It's viewed by 1.2M readers with an average rating of 4.47/5 and 90 reviews. The novel is over and can be read all 55 chapters in Webnovel with all rights reserved.

Chris, our hero, wakes up in a world where different races are fighting for supremacy. Humanity is in a tough spot as the humans are now scattered in the ruins of their kingdom. Cities are no more, armies are long defeated and survivors are hunted. The first map revealed to the MC: goo.gl/v4ACBU More maps are revealed as the story progresses.