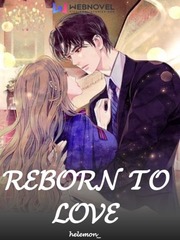 What is Reborn To Love

Reborn To Love is a popular web novel written by the author helemon_, covering REBIRTH, REVENGE, BEAUTIFUL FEMALE LEAD, MODERN, ROMANCE, CEO, HANDSOME MALE LEAD, SWEET LOVE, FACE SLAPPING, Contemporary Romance genres. It's viewed by 1.2M readers with an average rating of 4.89/5 and 36 reviews. The novel is being serialized to 109 chapters, new chapters will be published in Webnovel with all rights reserved.

“So, what do you want?” He Xinyan quickly glanced up into Gu Yechen’s face and frowned. Why did he look so familiar? Where did she see him before? “I want you.” “. . .” Well, that was direct. He Xinyan opened her mouth to speak but she couldn’t form the right words. “Let's make a deal. You become my girlfriend and you can ask for anything in return.” “Anything?” He Xinyan repeated. Gu Yechen nodded his head, “Anything.” He Xinyan thought about what could help her but realized that there wasn’t much she needed as of now. However, she would definitely need support in the future. There were many things she couldn’t do by herself, but Gu Yechen would definitely be able to do. “How long would this deal last?” Gu Yechen leaned back against the couch casually, “However long I feel like.” “And. . . that is about how long?” “Forever.” --- He Xinyan’s life was in ruins. After being cheated on by her fiance, her life went downhill as she lived under endless rumors and hate comments. Her stepsister framed her for things she never did, her fiance betrayed her, and her father kicked her out of the house for being an unfilial daughter. At the lowest point of her life, she died. . . A car accident killed her, and also brought her back to eight years ago, before everything started going downhill. With a second chance, He Xinyan was determined to take back what was rightfully hers and also take revenge on those who hurt her in the past. He Xinyan thought that she was already prepared for all the lies and secrets from her past, but she realizes that her first life was only a joke as more secrets get uncovered. In her twisted life and story, He Xinyan couldn’t possibly defeat everyone’s schemes and achieve her goals by herself. Through an unexpected encounter, she met Gu Yechen, the cold and powerful CEO of the Gu Corporation. With a powerful and cunning man protecting and helping her this time around, He Xinyan was certain that her second chance would be successful! However, success doesn’t come easily. . . --- Note ~ No rape and no major misunderstandings Update: 1 to 2 chapters daily This is an original story by me and not a translation. The picture in the cover is not mine. Credits to the owner :) Join my discord server: https://discord.gg/FVwPydp Author’s Instagram: helemon_author