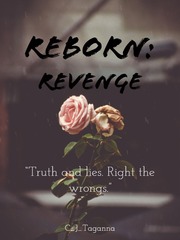 She was only six years old when her father suddenly mysteriously disappeared without any trace. At the age of sixteen, her mother died in a car accident; some claims that her mother suicide and some claims that it was only a natural accident. Finally, at the age of twenty-two, she was wedded on that day and at the same time, she was killed by her so-called best friend and her lover. They have betrayed her, all the years that they have spent together were crushed on that day. She thought that it was all genuine but it was, in fact, all fake. She died with so much hatred in her heart that the heavens granted her a second chance. A chance to change all the wrongs that she did, to avoid the flags that will bring her down. Did the heavens pity her for being naive? But that does not matter now. The heavens gave her this second chance and she won't waste it to the likes of her fake best friend and that so-called lover of hers. The heavens allowed her to wake up at the age of sixteen where things are not that disastrous. This time in her second life, she make those who hurt her and her family down without any hesitation.