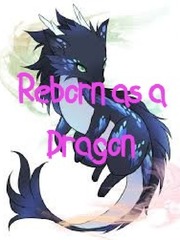 What is Reborn as a Dragon!?

Reborn as a Dragon!? is a popular web novel written by the author Jax_Wolf4, covering DRAGON, OVERPOWERED, FANTASY, SKYRIM, COMEDY, Fantasy genres. It's viewed by 1.1M readers with an average rating of 4.76/5 and 68 reviews. The novel is being serialized to 49 chapters, new chapters will be published in Webnovel with all rights reserved.

Sora, a guy who was reading up on "That Time I was Reincarnated as a Slime", had not been paying attention when he got struck by a moving truck. He was taking his final breaths and he said to himself "wouldn't it be cool if I was in one of those isekai things? I mean, I just got hit by a truck. I would love to have some cool powers and be able to live how I wanted to live. I guess dragons are pretty cool and they can do whatever they want, but it would kinda suck to be a slime though". After everything went black, he thought it was strange since he could move around, except he was trapped in a circular object. "Why can't I get out? Why do I feel lighter? and why do I have claws as hands!"

THE SUMMONED MONSTER THAT IS SUMMONING ANOTHER MONSTER