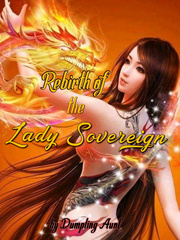 Rebirth of the Lady Sovereign

What is Rebirth of the Lady Sovereign

Rebirth of the Lady Sovereign is a popular web novel written by the author Dumpling_Aunt, covering REINCARNATION, ROMANCE, FANTASY, ACTION, ADVENTURE, MAGIC, REVENGE, REBIRTH, MAGE, ALCHEMIST, Fantasy Romance genres. It's viewed by 50K readers with an average rating of 4.97/5 and 50 reviews. The novel is being serialized to 21 chapters, new chapters will be published in Webnovel with all rights reserved.

In the land of Dura, there exist five great powers that rule over the people. The Rainbow Cloud Academy The Hall of mage The Beast Tamer org. The Alchemist Guild The Black Tower Even though the five great powers look peaceful on the outside, they have been scheming against each other internally to gain the power to control the whole land of Dura. The power struggle had been going on for centuries with each wanting to stand above the other four powers. There was a prophecy in the land of Dura that says. 'The one with the Flame Dragon shall rule all the land under the Heavens' Althea Rion, the Sovereign of The Hall of Mage had a dragon token passed down to her from her mother which only a few people know of. Due to a traitor, the dragon token in her possession was exposed and she became the target of the four major forces. After being chased by the four great powers, Althea crushed the Dragon token with her last remaining strength. Her Spirit seed exploded and the red flame engulfed her before the eyes of the four great powers. ....... Opening her eyes again, Althea found herself in the body of a sixteen-year-old girl with a damaged spirit seed. But to her surprise, she found a Flame Dragon encircled around her spirit seed. "I am Althea, the sovereign of The Hall of Mage. Since Heavens had given me a second chance at life, this time, I will be the one to destroy The Four great powers, wait until I regain my former strength. The path of Revenge is what I chose" ... Will Althea regain her former glory? Can she take down the Four great powers that had been standing strong for nearly a thousand years? ____________________ Cover art doesn't belong to me if you are the owner and want me to take it, comment below. Want to support the Author, buy me a coffee- https://ko-fi.com/dumplingaunt Thank you.

Eighteen Again: The CEO's Wife was a Delinquent

Transmigrated As My Former Uncle's Sweetheart

Redeeming The Golden Ticket To Life