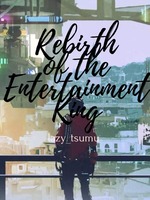 Rebirth of the Entertainment King

What is Rebirth of the Entertainment King

Rebirth of the Entertainment King is a popular web novel written by the author lazy_tsumu, covering SYSTEM, MODERN, REBIRTH, IDOL, ACTING, Magical Realism genres. It's viewed by 590 readers with an average rating of 0/5 and 0 reviews. The novel is being serialized to 1 chapters, new chapters will be published in Webnovel with all rights reserved.

Unconvinced of his death, he desperately wanted to live, but it seems that god has other plans for him, for he received a system before he died, he was transported back to when he was 17 years old. This time, he will not be the same flop of an artist, he will change his future with the power of his system, he will become the "Entertainment King" of the world. But he still have to deal with his impending death, how would he deal with it in the future? What can his system do to change his fate? Can his system help him live to help him achieve his goals? ========== NOTE: This is a rebirth novel, but the rebirth will only happen in chapter 20 or something, the start of the novel will be about his starting point as an idol. Started as an Idol, then later treaded on the path of becoming an Entertainment King ( Mainly Idol, Acting, Streaming ) Chapter updates will be extremely unstable. Disclaimer: All characters, places, and events in this book are fictional and unrelated to real life.