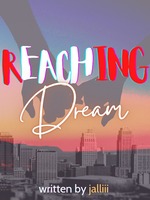 What is Reaching Dream

Reaching Dream is a popular fanfic written by the author galintheglasses, covering ROMANCE, ADVENTURE, MODERN, LOVE, BUSINESS, TRAGEDY, WRITER, MANAGEMENT, CORPORATE, PAST AND PRESENT, TV genres. It's viewed by 2K readers with an average rating of 0/5 and 0 reviews. The novel is being serialized to 2 chapters, new chapters will be published in Webnovel with all rights reserved.

Dream Restanes Afabella ("drēm") happened to met a Corporate Business Man who offered her to be his Executive Secretary, taking advantage to the situation, Dream accepted the offer as her escape from the peril chain of her father. After sometime, they became too much fond of each other and when they're about to marry, a tragedy came their way. Dream lost her memories. They fell apart. Then, as years passed, Dream became to be known writer in her country, Philippines, but writer her nightmares sent her back to Berlin, Germany. The crooked paths of the two crossed once again. But, Serion, the guy, happened to be a father already. Will their fate be tangled again? Or will their longing will just prove that it isn't love.