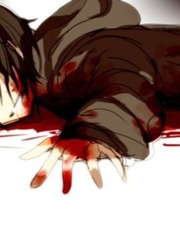 Re/Live: You May Try Once Again

What is Re/Live: You May Try Once Again

Re/Live: You May Try Once Again is a popular web novel written by the author Eternally_Emily, covering ACTION, REINCARNATION, MODERN, HORROR, GAME, DEATH GAME, Horror&Thriller genres. It's viewed by 4.6K readers with an average rating of 0/5 and 0 reviews. The novel is being serialized to 6 chapters, new chapters will be published in Webnovel with all rights reserved.

He knew nothing of death. Except that it was a full stop to a story. Something he could deal with when he got to it. Maybe of old age or getting betrayed by a fellow comrade. So when he’s thrust into a death game, keeping alive is his main goal. Death is close, but it doesn’t travel fast, right? Mentally naive and physically weak, death could not have come sooner. Death, to him, doesn’t appear to be a full stop, however, only ellipses to his story. Wiser than the life before and stronger too, he finds that this may be the only way he can survive whilst also keeping those he loves, his family, safe. Just keep dying.