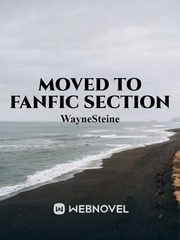 Young student bumming out with friends after watching Heroes TV series and was supposed to be magically summoned in Another world but was obviously got isekai’d. Upon waking up in the new world he got kicked into, he discovers the reason this universe was abandoned by ROB (Random Omniscient Beings). Follow his adventure to dominance, and his search of his friends from his past life. Disclaimer: I do not own all Marvel, Anime/Manga, DC, film and other novel or bookcharacters. As I will make sure of following the “Fair use” clause of copyright. Book Cover Illustration by Ekita Kuro taken from Pinterest (https://www.pinterest.com/pin/690669292831167559/) Why do this? -Rewritten Fan fiction novel from webnovels Heroes X Marvel X DC -Had a power stone, statistics issue from the Inkstone of Webnovel in the previous account. Moslty uploads on: https://reheroesxdcxmarvel.wordpress.com/index/