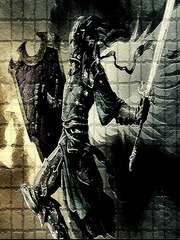 RE-Ascension is a popular web novel written by the author SkyHighzzz, covering PROTAGONIST STRONG FROM START, CULTIVATION, OVERPOWERED MC, REINCARNATION, ADVENTURE, HAREM, FANTASY, MULTIPLE REALMS, HANDSOME MAIN CHARACTER, STRENGTH BASED SOCIETY, Fantasy genres. It's viewed by 38.6K readers with an average rating of 0/5 and 2 reviews. The novel is being serialized to 14 chapters, new chapters will be published in Webnovel with all rights reserved.

One of the Four Divine Emperors of the Grand Primal Chaos died after sacrificing his life to save the universe, by sealing away a formidable enemy, who has brought terrible destruction across all realm. However, he refused to fall into his doom. Just before losing his entire life forces, he employed the greatest divine sutra in his possession — Heaven Defying Rebirth Sutra, to force his soul to reincarnate, instead of, letting it cease to exist. And finally, he's able to be reborn again thousands of years into the future. This is the story about his journey as he tries to return back to the peak of cultivation. ========================== The cover is not mine... If the owner wants to take it down, just contact me and I'll remove the image right away.