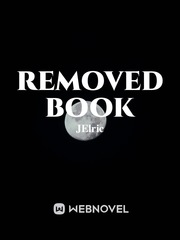 RAPED BY MY STEP-BROTHER

What is RAPED BY MY STEP-BROTHER

RAPED BY MY STEP-BROTHER is a popular web novel written by the author JElric, covering ROMANCE, HOT, LOVE, BAD BOY, SISTER, BROTHER, STEPBROTHER, STEP-SIBLINGS, FAMILY, PARTY, Teen genres. It's viewed by 2.1M readers with an average rating of 4.47/5 and 70 reviews. The novel is being serialized to 123 chapters, new chapters will be published in Webnovel with all rights reserved.

I moved into the home of my mother's fiancé, and was thrilled to be greeted with a mansion. However, when I met the two sons that lived in the home, my life suddenly became a nightmare. Eric Hawks, an underground broker dealing with illegal substances, and prepared to shoot anybody without hesitation. Alongside him is the worst, his brother Mike Hawks. Mike Hawks' persona in front of my family, is not the same as when he is alone with me. His eyes darken, the sinister smile pulls his lips as he scrutinizes my features, and soon I am lost within my own pleasures, to find out that it was all just for the fun of them. Raped by My Step-Brother. Which one do you think raped her? 18+ RATED R ----- I wasn't sure who to point the gun at. "Maybe you should have realized that this was all a game to me. And since my life means nothing to me, why would I give a fuck about yours? Shoot me! Shoot yourself, shoot the both of us! I don't care! This world has given me nothing but pain, and I've been dead for years now." He snickered, the peculiar smiling growing on his face as he turned to me, leaning in my direction before he said, "I wonder if hell will embrace the both of us better than this world has." Suddenly, my hand turned the gun in my direction, and my hand did not even hesitate, to pull the trigger. I guess I did have it pointed in the wrong direction, since the minute it faced me, it felt as if my body had fallen in such a ease, that the response to press the trigger happened on its own.