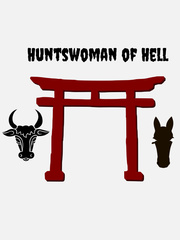 What is Quick Transmigration: Huntswoman of Hell

Quick Transmigration: Huntswoman of Hell is a popular web novel written by the author MonochromeJoker, covering ROMANCE, ADVENTURE, REINCARNATION, SYSTEM, FEMALE PROTAGANIST, NON-HUMAN-FEMALE-LEAD, Fantasy Romance genres. It's viewed by 1.5K readers with an average rating of 0/5 and 0 reviews. The novel is being serialized to 1 chapters, new chapters will be published in Webnovel with all rights reserved.

Jigoku, otherwise known as Japanese Buddhism Hell, didn’t operate as she expected at all. With it’s gate guardians, souls and the different levels, she’s a bit indignant about how her system keeps laughing at her for being clueless. Who expects to see eight great hells, sixteen lesser hells with sixty-three thousand nine hundred seventy-six other myriad hells?! Totaling it up makes for sixty-four thousand hells and just thinking about it all makes her sweat. Oh, how would she know? That’s because she’s one of the only two who unfortunately were recruited to be a knock-off Gozu and Mezu. As in, Gozu and Mezu the guardians of Jigoku that drag back escaped souls and bring in the newly dead. Yes, that Gozu and Mezu. Well, thinking about it, she’s the luckier of the two as her job is to drag back escaped souls to Jigoku while her partner is stuck explaining to panicking newly dead people-AKA freshies-that yes, they are dead and yep, the Thirteen Judges of Hell are a thing. She pities the poor bastard, but well- [What are you doing lazing around?! Get back to work!] On second thought, she wants to switch! Give her the other Jigoku System instead! She doesn’t want this drill sergeant anymore! ~•~ Vol. 1 - Zombie Apocalypse Vol. 2- ~•~ This is an original story, so all rights reserved. BTW the cover is just a bunch of royalty free icons put together.