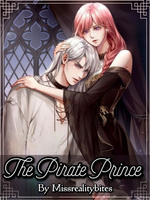 What is Queen Of Akkadia

Queen Of Akkadia is a popular web novel written by the author Missrealitybites, covering R-18, ROMANCE, HANDSOME-MALE-LEAD, LOVE, BEAUTIFUL-FEMALE-LEAD, PRINCE AND PRINCESS, MAGIC, SECRET-IDENTITY, Fantasy Romance genres. It's viewed by 88.4K readers with an average rating of 4.97/5 and 14 reviews. The novel is being serialized to 2 chapters, new chapters will be published in Webnovel with all rights reserved.

This is the sequel to: FINDING STARDUST

The Prince Who Cannot Fall In Love & The Missing Heiress

Love Me Or Leave Me (English Version)

The CEO's Wife Is A Demon God's Daughter

A miracle (Every soul desire for)