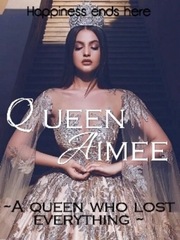 A queen was made the moment a deal was struck. Luca Savedra had earned the queen to his empire. A queen to his underworld A queen who wanted no part in the mafia world and her crown which took away every happiness. 'Forever and always' The thought crossed the queen's mind as she sat unmoving on her bed staring at nothing in particular ahead of her "Forever and always Maximilano" she murmured. Rising from the bed for the first time in a week her destination was already set, she moved as if being controlled or maybe she was. Happiness ends here