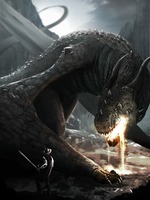 What is Quartex The System

Quartex The System is a popular web novel written by the author xZhaoYun, covering ROMANCE, ACTION, ADVENTURE, CULTIVATION, WAR, REALMS, Eastern Fantasy genres. It's viewed by 51.8K readers with an average rating of 0/5 and 1 reviews. The novel is being serialized to 19 chapters, new chapters will be published in Webnovel with all rights reserved.

Zhao Yun is taken in by an old when he was young, this old man renewed his reason for living and carefully nurtured him to be someone capable. Meeting this old man changed Zhao Yun's life for the better. One day the old man disappeared and after many years spent searching for him, Zhao Yun couldn't even find a single clue as to his whereabouts, it was as if he never existed, to begin with. Who knew that he had to die and reincarnate to find the clue he had been looking for? "You want me to stop or win a Heavenly Universal Realm War? Are you sure you are not broken?" Join Zhao Yun and find out what fate has in store for him. Tags: War, Cultivation, Romance(Not confident in Romance but will try), Realms, Ascendant Realms, Demons, System, Dungeons, Academy, Pill Refining, Blacksmithing, Adventure, Action, Bloodlines, Spiritual beasts *I do not own the cover image if the owner wishes for it to be removed just say so and I will*