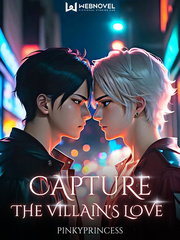 What is QT: Capture The Villain's Love

QT: Capture The Villain's Love is a popular web novel written by the author Pinkyprincess, covering BL, REINCARNATION, YAOI, COMEDY, ADVENTURE, ROMANCE, ACTION, QUICKTRANSMIGRATION, WORLDHOPPING, LGBT+ genres. It's viewed by 385.6K readers with an average rating of 4.78/5 and 26 reviews. The novel is being serialized to 96 chapters, new chapters will be published in Webnovel with all rights reserved.

"I'll follow you to the depths of hell no matter the price I have to pay just to bring you back to me." . . . . . Tyler had been transmigrating from one world to another without any breaks. Without any memory of his past, his heart was pretty much exhausted. Unfortunately for him, the system would often choose the worlds where Tyler would play a villainous role, dying a tragic death. Slowly, his survival goal became— 1. Get as far away from the leads as possible 2. Try to live a peaceful life 3. Avoid tragic death 4. Take revenge, if necessary The main characters would often act according to the role. But suddenly, one of the male protagonists started OOCing without any prior warning! Even more shocking was that every male lead after that began to stick to Tyler like a puppy dog faithfully. Tyler, "What the hell is wrong with you people?!" Male leads, saying in unison, "I love you, baby." Tyler flipped the table in anger. *** PS: This is a Quick Transmigration story of a cold from the outside and warm from the inside shou X manipulative, talkative, pervert, and extrovert gong Previous name: Capture The Villain's Love Update schedule: Two chapters everyday at 3 am IST Disclaimer: I don't own the cover pic. The credit belongs to pinterest (basically from an anime called, Ensemble stars) PS: Please support my work: paypal.me/princesspink121 Discord server: https://discord.gg/q6f5hhyU4q

[BL] QT: Don't fall in love with the Male Lead

[BL] Transmigrated Into The Book(Omegaverse)