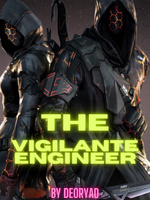 What is Project COLONY: The Vigilante

Project COLONY: The Vigilante is a popular web novel written by the author DeoRyad, covering ROMANCE, ACTION, ADVENTURE, COMEDY, MODERN, MECHA, DYSTOPIAN, ENGINEERING, FUTURISM, Sci-fi genres. It's viewed by 2K readers with an average rating of 0/5 and 0 reviews. The novel is being serialized to 10 chapters, new chapters will be published in Webnovel with all rights reserved.

The year was 2161,and Damien Reeves,who had just finished high school a few months before, was kicked out of his own home just because he chose engineering as a career path. Damien then set a goal to make his father take back what he had said. 2163,a group of scientists,engineers, physicians started a program called COLONY. With help from around the world,they managed to build a spaceship that would allow them to reach a new planet named O.D.I.N.