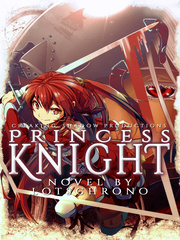 What is Princess Knight [Revamped]

Princess Knight [Revamped] is a popular web novel written by the author LotsChrono, covering ACTION, ADVENTURE, COMEDY, MAGIC, DEMON, FEMALE-PROTAGONIST, KNIGHTS AND MAGIC, FEMALE-ANTAGONIST, FANTASY ADVENTURE ACTION, Fantasy genres. It's viewed by 37.1K readers with an average rating of 0/5 and 1 reviews. The novel is being serialized to 24 chapters, new chapters will be published in Webnovel with all rights reserved.

Having lost her parents to an unfortunate incident, which led her to live with a bastard of an uncle, Maria lived a truly grievous life. Yet, in the end, his blood was the last her blade drew. She awakens as a young princess of a small kingdom under threat of invasion from the demonkind. Vowing to protect both her kingdom and her newfound family, Maria decides to take on the mantle of a knight with her own hands. In doing so, she is determined to cope with the dangers and mysteries of this new and strange world, while meeting new people who will forever change the course of her destiny. Was pity truly the sole reason for her reincarnation? A cove of darkness amidst light, not everything is as it seems. [As they say, the best things always have a second version. So let's make it bigger, better, and greater.] _____ This novel can also be found on Wattpad and Royalroad if you would prefer to read on those websites/apps instead.

Infinity: Rising of the Soul Weavers

Gambit of the Living Weapon