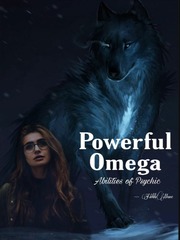 A psychic, a normal high school girl, that kept her abilities a secert from almost eyeryone even her family.. One night exploring the forest with her friend was bit by an alpha...she was a rare case...she was special... an omega, a lonely wolf with an messed up past helped her , trained her, fought with her, stood beside her in her hard times. Her best friend helped her through, they panned together, had fun together but never left each other... A hunter who sided with them in their fights...there were suspicions, diagreement, their differences but he sided with just. there were many things coming after her and many going to come in future...but she swore to fight with them..she had her friends beside her...her own pack. The alpha that is after her his pack full of powerful were wolves....how will the fight result in will she survive or get caught This journey is dangerous, but full of love ,mystries and also supernatural powers.