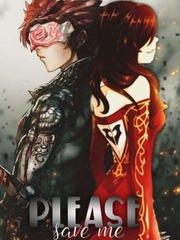 What is Please Save Me {RWBY x Yakuza Fanfiction}

Please Save Me {RWBY x Yakuza Fanfiction} is a popular web novel written by the author Det3rmined_Writ3r, covering ACTION, ADVENTURE, RWBY, YAKUZA, RWBY UNIVERSE, TATTOO, Fantasy genres. It's viewed by 6.5K readers . The novel is being serialized to 3 chapters, new chapters will be published in Webnovel with all rights reserved.

This Cover was Made by @JUVIA32 on Wattpad! You can also find me as Det3rmined_Writ3r on there as well! Seige Smirnoff's family was one of the most powerful in all of Vale, hell, not even the White Fang wanted any problems with them, they actually traded the family for goods and weapons. Seige was known as the Bulldog of Dojima, mostly known for his trigger happy persona. What happens when the White Fang planned a sneak attack on the family that kills most of their strongest and captures the rest?! The White Fang killed Seige's mother and her subordinates and incarcerated the rest of his family. What happens when Seige has to build his own family so he can take out his mother's killer!? What happens when he joins Beacon Academy to find these members?! Find out in this book!!