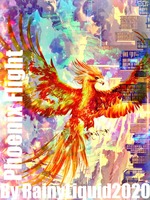 What is Phoenix Flight

Phoenix Flight is a popular web novel written by the author RainyLiquid2020, covering ROMANCE, ACTION, ADVENTURE, COMEDY, SYSTEM, CULTIVATION, MAGIC, WEAK TO STRONG, GUILDS, QUESTS, Fantasy genres. It's viewed by 5.8K readers with an average rating of 0/5 and 0 reviews. The novel is being serialized to 10 chapters, new chapters will be published in Webnovel with all rights reserved.

The start of an Adventure... Strange Beasts, that some would even label as Monsters... Vast wealth, and all the gold you can carry... Treasures long since buried and forgotten by the world... Evil Ghosts, and Foul Devils... Unexplored lands, filled with uncharted territory. Vast Quests and all the world's Mysteries. Those who find themselves determined enough to go through the trials of hell and discover all the secrets this world holds, and the true secrets of the Mana go by a single title... They are called... The Arcane Knights! The world of Ava is home to numerous powerful magic guilds where wizards known as Arcane Knights, apply their magic for paid job requests taking on Quests and exploring dungeons. Davi Hawker, a Wizard from the Phoenix Flight guild, explores the Kingdom of Avalon in search of magical orbs that grant him the power of ten weapons he calls the Caliburs. A story of Magic, Friends, Family, Love, and loads of Action. An Adventure begins here.