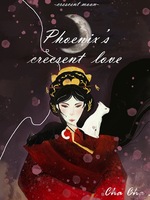 What is Phoenix's crescent love

Phoenix's crescent love is a popular web novel written by the author cha_cha, covering STRONG FEMALE LEAD, HISTORICAL-FANTASY, MYSTERY-ROMANCE, TRIANGLE LOVE, CUTENESS OVERLOAD, TRIALS, TALKING ANIMALS, SUPERPOWER FANTASY, SOME COMEDY, Historical Romance genres. It's viewed by 946.1K readers with an average rating of 4.68/5 and 44 reviews. The novel is being serialized to 160 chapters, new chapters will be published in Webnovel with all rights reserved.

Her Lineage was cursed and a mission was given throughout the generations. Feng Hui Lan was the chosen candidate, heaven’s pick, but heaven’s pick that was against all odds. It shouldn’t have been her, but it how come, it was her. She was heaven’s pick that was sent into the body of a powerless empress with the exact same name and very similar face like hers. There she became ‘Empress Hui Lan’ who had been driven into a fiery pit of fire by her beloved emperor which had caused her unjust death. Before all of this, modern-day Hui Lan was an Eastern Historian Professor in England, but she would have never thought that she would be sent travelling back in time, even worse, into an unrecorded time period. Since young, she had been gifted a special gift to be able to talk to animals. There would always be small voices in her head, however, when she grew up, the voices slowly faded away. Until she came to the past where these voices reappeared once more. In the unfamiliar world, Hui Lan must strive among the plots and schemes aimed at her. Along the way, she has two majestic assistants to guide her, Yue and Hun that had come from an even more ancient time period. No longer the well-behaved empress like before, Empress Hui Lan seeks to find justice in this messy palace and end the mission forced in her hands. Beneath the surface, an underground power seeks to pull her down like how they had driven the Empress Hui Lin the pit of fire. However, if her enemies kept secretly hidden in the dark, then she would build an entire empire of hers to bring them down. The subtle change in his consort’s temperament had not escaped his incisive eyes. Emperor Shen Yang Long was well known for his iciness among his subjects, the surrounding kingdoms and his wives that were all arranged for different purposes. However, only one marriage that he was more than ever willing to marry was his favourite concubine, Concubine Li, Li Mei Fang. Nevertheless, after that night, he faces this indifference side of his consort who he had always been ignoring; it became like a thorn to his heart. Struggling with these new emotions in his heart, he finds out his true feelings in the end, but will it be too late? It was a fight of power within the palace walls, but moreover, the old roots that were also seeking to destroy the entire kingdom and the other kingdoms. Hui Lan was the next one in the next mission that was not supposed to happen, but would she be the last?” ... Upload Schedule: Currently doing a daily challenge, so I'll be uploading everyday. The time will be either 12 pm or 10 pm (GMT+7). ... Join me on discord: https://discord.gg/aT5FqUC ... Hope you enjoy this novel!

The Rebirth Of Feng Xi

The CEO's loser wife: Rebirth of the villainous queen of alchemy

Glamorous Journey of the Female Protagonist