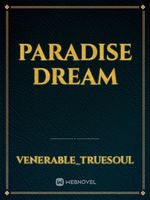 What is Paradise Dream

Paradise Dream is a popular web novel written by the author Venerable_Truesoul, covering ACTION, MATURE, PSYCHLOGICAL, POLITICS, WUXIA, Martial Arts genres. It's viewed by 13.5K readers with an average rating of 0/5 and 2 reviews. The novel is being serialized to 6 chapters, new chapters will be published in Webnovel with all rights reserved.

" What is with this partiality of fate treating some as sacred existences and others as worthless scum ? Even though I am forced to walk beneath the moonlight I shall do it with a mesmerising smile on my face ! I shall be responsible for the Fall of Legendary Empires and the Damnation of the tormented ! In this world where night is eternal ; I shall be a shining pearl , my radiance overshadowing the Sun , the Moon and the Stars ! For I shall enchant the Heavens to dance in my palm !" Jing Ke is a morose teenager who hasn't got much time left to live . After being entrusted by his dead father with an impossible mission which if completed shall offer him a slim possibility to live on he decides to take his destiny into his own hands. Racing against fate he sets off in a quest in a World which has long since been damaged beyond repair after being ravished by Egotistic Tyrants and Foul Abominations all in a bid to seek out the pinnacle of Martial Arts in order to devour the greatest tyrant of them all.