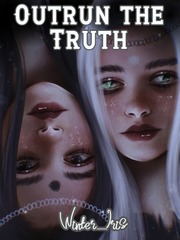 Meraki Sagepice woke up at the hospital with no memory of who she is or what had transpired. She just remained there, an empty shell of a human. That is, until a woman in a suit appeared to her and pledged loyalty to her in a blood pact. With that, a sudden and painful bloodlust consumed her entire consciousness. Who is she? Who is this woman? And why is the Sagepice family so feared? *Not my cover art.