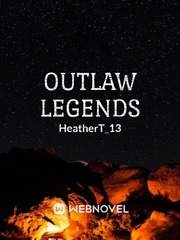 What is Outlaw Legends

Outlaw Legends is a popular web novel written by the author HeatherT_13, covering OUTLAWLEGENDS, Fantasy Romance genres. It's viewed by 1.3K readers . The novel is being serialized to 9 chapters, new chapters will be published in Webnovel with all rights reserved.

1899, the year where the west is starting to become tame. Where gangs of Outlaws are scattered to the winds. The Van Der Linde Gang is one of the most well known, as well as the most feared, ever since the infamous Blackwater Massacre. Now they are on the run from the law and have picked up an interesting woman who claims to be from the future. Not only that but the horse that she owns is unlike anything that they have ever seen, with silver hooves, black soulless eyes, dagger like teeth, and the ability to give people visions, they are in for one hell of a ride. A ride that may just change the outcome of their story forever.