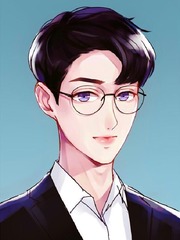 “Ian! Hear me out please!” France pleaded as Ian was about to leave the door. “And what France? Create another lie and make me believe that you truly love me? I’m tired France! I’m done with you.” Ian spoke sternly as he withdraw his wrist from Franc’s grasp. ‘He chose me cause I was the one who was there. I’m just a drunken mistake. Nothing more, nothing less’ Ian thought as his heart clenched at the very moment. He was soaked in the rain but he didn’t mind one bit. He was so tired and done with everything. He knew they were never going to work but he pushed through and now he couldn’t blame anyone but himself. He stopped in the middle of his tracks and looked back. The sun was there setting down despite the rain. His tears were falling as he fought back a whimper. He remembered the day when he was head over heels for France. He would do anything he would say. He would even sacrifice for him. At first he wanted to care for the boy simply because he liked him. But now he regretted everything. He wondered, when did it all came at this point. Ian was gay and everybody knows it. He was known for being vocal about how he felt, how he fought for his self against bullies and how smart he was. He was not the typical gay student. He was something else. He was unique. Ian sat down by the sidewalk as he cried silently. He was not only a drunken mistake but also a secret lover. France never wanted anyone to know about them and that’s what hurt him more. Knowing that France only loved him when no one was around. And that hurt for him. Because after all that’s happened. He can’t still have the man he wants. He presumed walking but after a few minutes, he abruptly stoped as his eyes widened, heart racing and his hands trembling. He didn’t know where this feeling came from but the familiarity of the event, the words, the pain, the tears, and the familiarity of the love he felt. He looked directly at the setting sun and cried harder for no reasons. Ian knew that this had happened before but where and when. With who. His head ached as flashes of faces surged to his memory. Faces he swore he never knew. He didn’t know that he was running through the rain until he came at full stop as his body hit the trailer. Ian went flying in the air and onto the ground his blood gushing out from his head. He felt nothing but pain and confusion aside from the ringing of his ear and his face soaked in his own blood. He didn’t care cause at the moment. He wanted to die. But he never did. Life was cruel enough to let him stay alive and suffer more as if it was shouting at him, saying “you chose this path! Now deal with it!” he never knew that his life could go down. He was built and raised with rainbows and sprinkles but now, he was crumbling and crashing down, just like how the meteors do when they enter the earth. And for once, he wanted to take everything back. He wanted to go back and stop himself from destroying him. But he already crossed the line of no return and he had no choice but to suffer. Over and over again