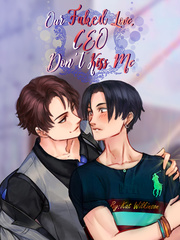 Stacey has always had one thing he hated in life. No not the name Stacey as a guy. Although unfortunate, it wasn't nearly as bad as Hunter Mannington. Nothing was worse than Hunter Mannington. Except having to work for him. Now his world would have to revolve all around that prick, just for one winter. But one Christmas with Hunter was enough to make him want to erase the holidays. But maybe by the time the holiday's areover, saying he hated Hunter might be a bit strong of a word to choose.