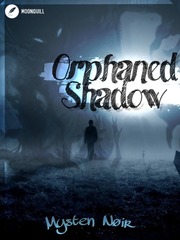 What is Orphaned Shadow

Orphaned Shadow is a popular web novel written by the author MystenNxir, covering SUPERNATURAL, TRAGEDY, ANTI-HERO, SHADOW, Magical Realism genres. It's viewed by 919 readers with an average rating of 0/5 and 0 reviews. The novel is being serialized to 3 chapters, new chapters will be published in Webnovel with all rights reserved.

Damien Raphtale. Born on September 11th, 2001. Currently an undergraduate student of a no-name university. Approaching his 21st birthday, as well as graduation. ---------- Although orphaned since birth with an unknown origin, he had lived a very plain life. His custodian was his father’s best friend from work, a single middle-aged man named Harrison. He had other foster children who were orphaned at the same time as Damien, so he usually had his hands full. Damien was used to being alone. But he wasn’t truly alone. He never was. It was simply that the company he had was the hostile kind. To some extent, it might have been better if he had been truly alone all his life than be in their company all the time. Unfortunately, the worst has yet to come. The tales began from an orphan, involved an army, brings together enemies, throws twists to truths and features a tragedy from beginning to end. Will there be happiness left in the shadows? -------------------------- If you like this story, check out Orphaned Shadow in MoonQuill. Updates will be at least a week earlier over there! Thank you for your continued support. MoonQuill - https://www.moonquill.com/book/orphaned-shadow