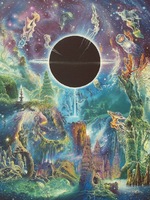 What is One True Demon

One True Demon is a popular web novel written by the author resin, covering REINCARNATION, OP MC, DAO, MYTHICAL BEASTS, MULTIPLE WORLDS, SLAUGHTER, CULTIVATION, EARTH, MODERN CULTIVATION, Fantasy genres. It's viewed by 3.2K readers with an average rating of 0/5 and 2 reviews. The novel is being serialized to 3 chapters, new chapters will be published in Webnovel with all rights reserved.

2041 A.D, May 28th. The Stellar Shattering. This event, the Stellar Shattering, was what would cause the fates of everyone on Earth to change, allowing them to break the shackles of mortality and ascend on the path of Cultivation. A civilisation far greater than that of Earth's was introduced to humans on earth through this event, as well as the ability to cultivate due to spirit Qi and the fragments which spread out from the Stellar Shattering containing inheritances and records pertaining to the path of cultivation in the wider universe. Earth and the fate of everyone on it had been fundamentally changed. Gods and Ghosts, Devils and Immortals, these were no longer just the stuff of legends, rather they were part of the present, part of the here and now! And with the birth of Ao Fi Lu, a seemingly normal and insignificant boy with the grand changes going on with Earth, merely 200 years on from the events of the Stellar Shattering, an incredible journey began.