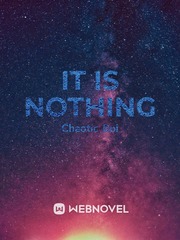 One Piece: - A Revolutionary -

What is One Piece: - A Revolutionary -

One Piece: - A Revolutionary - is a popular fanfic written by the author Joker_Beast_VI, covering BADASS-MC, ACTION, ONE PIECE, COMEDY, REVOLUTIONARY ARMY, Anime & Comics genres. It's viewed by 144.7K readers with an average rating of 4.6/5 and 10 reviews. The novel is being serialized to 7 chapters, new chapters will be published in Webnovel with all rights reserved.

Alzac is born with talents, add that he ate a dangerous devil fruit that simply manifested his Imagination. Alzac joined the Revolutionary Army in hope to overthrow the World Governament and especially the World Nobles. " I will make sure to drag down those pigs down and make them pay for their sins. " " This is Freedom, in other word having the free will to decide how you live and what you do. " " A man can dream, I, too have my own and it happen to be similar to yours so let me join you, Freedom is a case worth dying for, be it mine or another's. " [ currently 3 chapters per week]