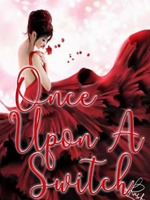 Once Upon A Switch

What is Once Upon A Switch

Once Upon A Switch is a popular web novel written by the author Mitsuha_Yona, covering ROMANCE, ACTION, ADVENTURE, COMEDY, URBAN, URBAN-FANTASY, PRINCE AND PRINCESS, Fantasy Romance genres. It's viewed by 1.3K readers with an average rating of 0/5 and 0 reviews. The novel is being serialized to 2 chapters, new chapters will be published in Webnovel with all rights reserved.

Alexandra is Krishna's lady-in-waiting and personal guard at the same time. The princess was meant to marry the crowned prince of the Nightfall Kingdom, Prince Lucian. Everyone in the kingdom of Aureole knows how much the Princess loves her boyfriend, Stein - even her parents knew of this but a deal is a deal and a truce is needed between the two kingdoms. Krishna was sent a month early to the particular kingdom with her lady-in-waiting by her side. The princess wanted to spend the time she have left with Stein so the ladies did something reckless. They switched. For a month, Alexandra would act as a princess while Krishna as a lady-in-waiting so she could sneak out to meet Stein. They were going to reveal the truth after a month. It was all part of the plan. What if things don't go the way they expected it? It was supposed to be just a month and all pretend to Alexandra, but as days passed by, why is it that she could never get the prince out of her mind? It's a Once Upon A Switch love story.